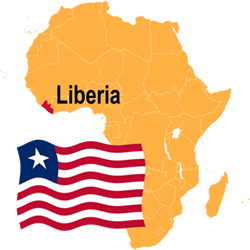 Social mobilisation efforts occurred in September 2014 to address denial, fear, and panic in Lofa County, Liberia, a rural area experiencing high rates EVD. The MoH, UNICEF, WHO, and local health teams mobilised local youth and women associations to help with the task. Local members held community dialogues within their villages to provide accurate information about Ebola, demystify rumours, and communicate the benefits and provide training for protective behaviours among community members. Opportunities for meaningful engagement were assured for traditional leaders, Ebola survivors, and others most affected.​

Additionally, the MoH, UNICEF, WHO, and local communities in Lofa created Community Watch Groups to stop the relocation of community members in and out of Lofa County. This was particularly important for Lofa because it borders on highly affected areas in neighbouring Sierra Leone and Guinea. When people were found to have moved into Lofa County, they were reported to the town Chief who sent the local health teams to monitor their conditions. This was a critical form of community-led infection control since many people were coming to Lofa County because the Ebola Treatment Unit (ETU) in Foyah was one of the best in the region. A lesson learned from the experience in Lofa is to assure high-quality ETUs throughout the country so people are able to get treated in a place closer to where they live.