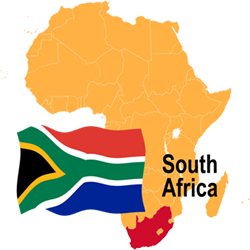 Records have shown a 100% increase in the prevalence of hypertension in men and 50% in women since 1998. Hypertension has become a worldwide health concern as a precursor to stroke and cardiovascular disease. In South Africa, the prevalence translates to 75,000 strokes a year—adding a major financial strain to a fragile healthcare system. In 2007, 350,000 people were stroke patients, and 35% had moderate to severe disability which requiring rehabilitation.

Some factors contributing to hypertension include: 1) genetic sensitivity to sodium; and 2) the food environment (increased sodium in food). In 2013, the South African National Department of Health (NDOH) took action by passing a new mandatory regulation that limits the quantity of sodium used in processed foods. The NDOH understood the need for intersectoral collaboration and called on the government, academics, and industry to achieve a pragmatic policy plan that responded to the concerns voiced by all sides. Context-specific evidence served as a crucial guide to understanding hypertension in the South Africa. Joint meetings for 14 months included many sectors as well as sodium experts such as the Heart and Stroke ​Foundation of South Africa and Professor Graham MacGregor from World Action on Salt and Health (WASH).

Local research showed about 25-40% of an average South African’s daily intake of sodium comes from bread. For this reason, the target of change was the baking industry due to the role of bread as a staple food for most of the South African population. The Department of Health collaborated with researchers as they suggested the intended outcome of their regulation and its feasibility. South Africa is the first country in the world to regulate sodium at the manufacturing level. This legislation is to be implemented in two phases, by 2016, and even lower sodium content by 2019. The food industry is not to retain salty taste with chemical substitutes. The new regulation also specifies methods of testing for sodium levels to check for compliance from industries through chemical analysis via atomic absorption spectrometry. Fines and penalties with respect to non-compliance with the regulations are included in the legislation.